We’re super excited this wheek to share with you our latest guinea pig interview we did with the very talented Helen behind the Bertie guinea pig books! Helen has created a series of imaginative guinea pig story books which are sure to warm the heart , making them a much needed read before bedtime. Find out more about Helen and Berties adventures here!

Say hello and introduce yourself!

I’m Helen J. Aitken, a freelance broadcaster and writer – also known as Helen of Bertie by my guinea pig friends! I was born and bred in lovely Yorkshire but I’m lucky enough to live in my other favourite place, Northumberland. I work as a voiceover and presenter but I’ve been potty about guinea pigs for as long as I can remember. I started writing guinea pig stories a few years ago to entertain my little girl. The first four tales were published in 2011 by children’s app developers The StoryMouse, as talking books. They’ve grown into quite a collection. There are now 11 tales in the storybook app and Bertie has his very own educational app too. Both are full of guinea pig squeaks!

Where did your passion for guinea pig’s start?

I seem to have loved guinea pigs for my whole life but I think it all started when my Dad (who was a Headteacher at a primary school) brought his school guinea pigs home. I immediately fell in love with them and looked forward to every school holiday so I could look after them again. It took me quite a few years to persuade my parents to let me have a guinea pig of my own. I had to prove to them I would look after a pet properly. I read every book I could find about guinea pigs (I still have one of them somewhere) and I was finally allowed a pet of my own when I was 11. That was over 30 years ago!

What sparked the inspiration for your bertie the guinea pig stories?

Bertie was  a real guinea pig and a wonderful little character. He had the loudest squeak! He and Jenny were real-life best friends, infact their story is quite special. Jenny was left all alone when her sister died and just after that Bertie came to lodge with us while our friend had her house rennovated. They became very close and Bertie helped Jenny so much. When it was time for Bertie to leave they both went into a decline. They’d become very attached and used to each other’s company. So much so, the same day he went home our friend rushed him back to us and we adopted him! We couldn’t bear for them to be so sad.
They were very happy to be reunited and lived alongside each other for many years. We considered having Bertie neutered at one point so they could be in the same hutch but after he had to have a major op on a mammory tumour, we didn’t want to put him through another operation again. They used to nuzzle noses over their fence and eventually we expanded our guinea family so they had company in their hutch too. Jenny really did have no squeak!
Bertie’s tales are based on all my guinea pigs, past and present. There is much of my very first piggy in the books.
A little boy called Bubbles who would roam freely around the garden and scare the cats! I’ve met so many little characters over the years, I guess the stories are an amalgamation of all my memories. Our current piggies play a big part too. Our old lady Amy features in the books (as Bertie and Jenny’s baby) and Horatio, whom we adopted from our local rescue, NEGPR is Harry in the stories. We have four guineas at the moment and they provide all the squeaks you can hear in the stories.

What your most fondest guinea pig memory?

Oh it’s very hard to choose just one! I think my favourite memory is of the piggy train that our pigs used to make through our cottage in Yorkshire. They would pad out of their hutch in the utility room, walk through the dining room (under the table of course) and boss pig would lean up and push the door to our living room open and a little trail of guinea pigs would come in and join us for the evening!

They had a cat box with hay in the corner of the room and they would all pile in there and watch tv with us. When they’d had enough, they used to go home! One morning my husband came down to find one of the guinea pigs sitting in the living room! We used to tuck them in on a night time but somehow she’d got out and gone to find her favourite hay box. That was Sophie, she was a real tinker. 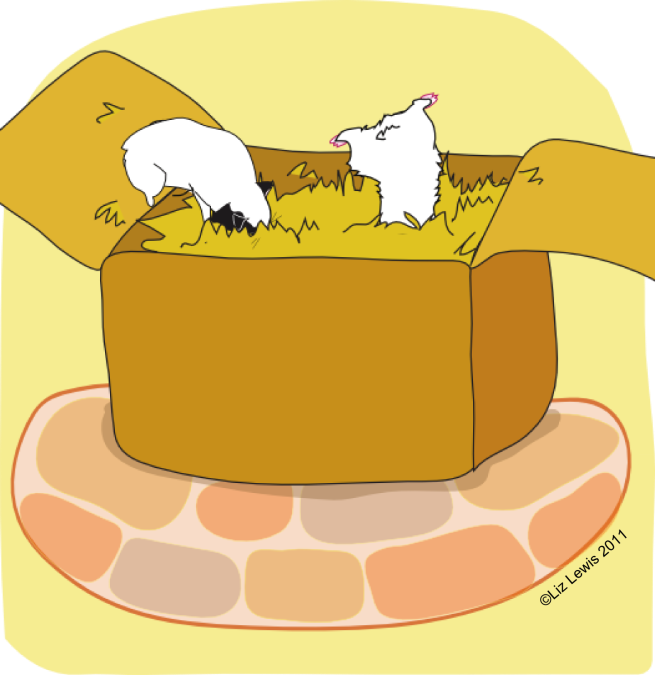 What are your plans for bertie and his next adventure?

Well funnily enough, Liz (who illustrates the stories) and I are working on a new tale right now! In his next adventure the little girl in the family is getting ready to start school so Bertie decides to go along too and find out all about it. Naturally there’s alot of squeaking involved and he ends up helping out as usual. He’s a very helpful and loving little chap. He’d make a great friend for anyone, guinea pig or not!
A big thank you to Helen for taking the time to do this guinea pig wheekly interview with us! It was so much fun getting to find out a little bit more about Bertie the guinea pig and the inspirations behind his book series.  You can find out more about Helen and Bertie’s adventures here .
Katie  x 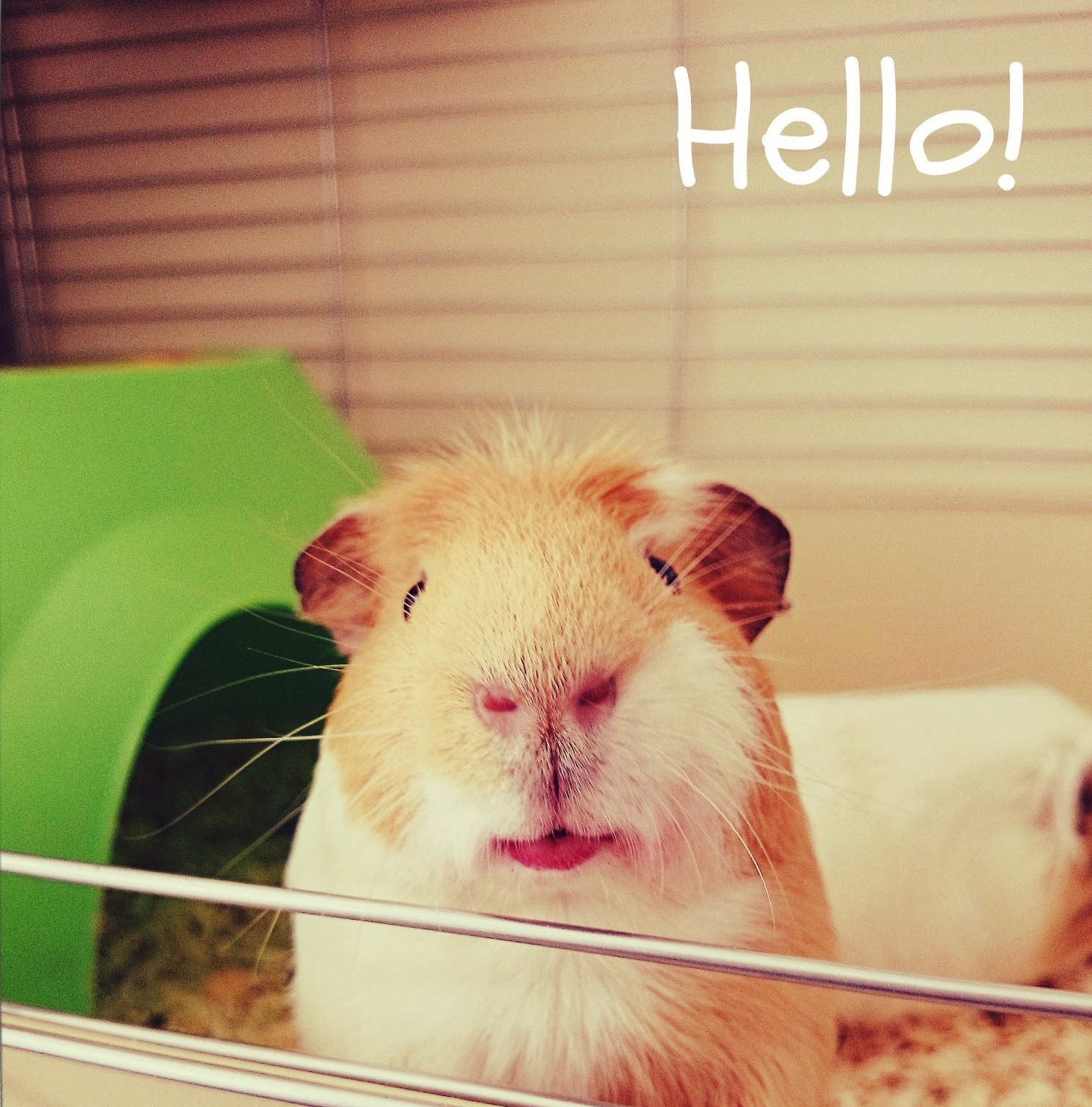 Welcome to the Guineapig Wheekly blog !
Bringing a little wheekly news straight from the piggie press! 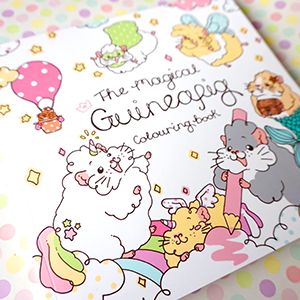 Disclaimer : We are not trained guineapig experts, we're just two piggie lovers sharing what we know. If for any reason you're concerned for the health of a guineapig please consult a vet.